The MPF-I computer was sold as a trainer computer, aimed at teaching the user how to program using machine code and assembly. It consists of a Zilog 80 CPU and has 2k of RAM, a built-in keyboard and an 7-segment LED Display.

The MPF-I was manufacturered by Multitech as their first branded computer product, first built in 1981. In 1987 Multitech was rebranded to Acer. In 1993 the design was sold to Flite Electronics in Southampton, UK. It is stil being built today as product MPF-1B, making it one of the longest running computer designs in history (the pdp-11 often considered to be the longest).

These two examples as seen in the photos below are from 1982. The CPU Board is labelled “MPF-I” by Multitech, and the EPROM is labelled “MPF-1B”, both dated 1982. The system is expandable with a user-upgrade portion of the CPU board. An additional 2k of RAM can be added, or the ROM can be upgraded to 4k. Later boards were able to use 8k ROMs.

Other optional extras included a Z80 CTC (Timer Counter), SSB (Speech Synthersizer Board), EPB (EPROM Programmer Board), BBD (Breadboard), and a Basic-MPF which is a 2k Tiny Basic interpereter.

While using BASIC, a keyboard overlay was used to change the legends of the keys. A Cassette interface is built into the computer, allowing programs to be loaded or saved. A PIO chip 8255 controls the keyboard and LED display. The keyboard consists of 36 keys including 19 function keys, 16 hex-decimal keys and 1 user-defined key. A 2.25″ speaker provides sound with an additional driver.

The systems crystal is 3.58MHz, divided by two. The PSU regulator created 5 Volts to operate the board from a 9V supply. The cassette interface runs at 165 baud. The CPU accepts 158 instructions. 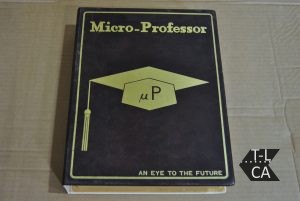 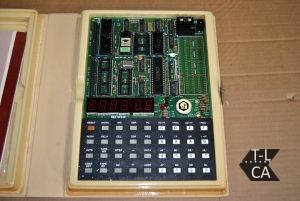 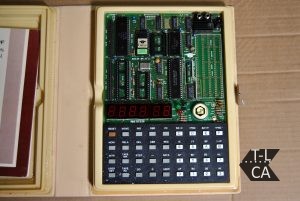 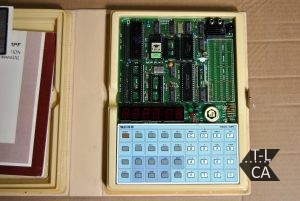 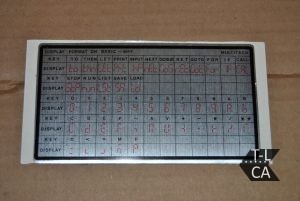 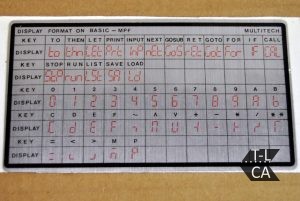 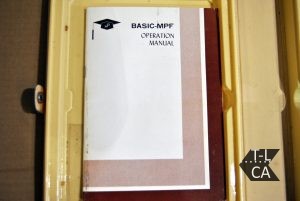 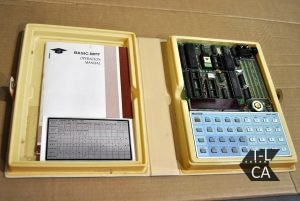 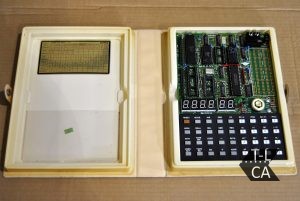 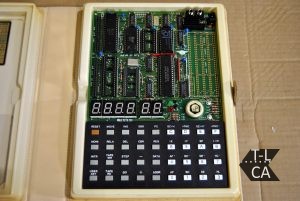