The system was capable of addressing 32k of 16-bit Core Memory with 4k words as standard, and up to 128k with an upgrade. The top 4k of this memory was reserved for IO space. The back plane is UNIBUS.

The pdp11 series was designed as a 16-Bit replacement for the 12-bit pdp8 Series. Hoping it would be as successful as the pdp8, the pdp11 Series went well beyond, selling over 600,000 units, and is considered to be the most successful computer product of all time. They were still being built into the early 1990’s, and stories have been heard of these computers still in daily use in 2019.

Their success was largely due to the OEM market and allowing 3rd party manufacturers to product a large range of peripherals for these machines. They were highly versatile, allowing them to be used for almost anything. CNC machines, accounting records, factory control, data logging etc etc. Their use was unlimited.

The CPU (KA11) was a PCB using discrete 7400 logic IC’s. The first versions had no memory protection. Stack overflow errors could result in complete failure of the memory structure essentially crash the computer. This was corrected in later versions. The CPU ran at 1.25MHz, whilst the RAM access time was 750ns. This gave it a cycle time of roughly 1500ns per calculation, or 660,000 additions per second, depending on the complexity. As the CPU can only perform additions, other mathematical functions may take a lot of CPU power. 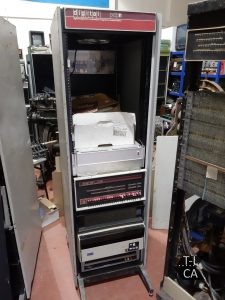 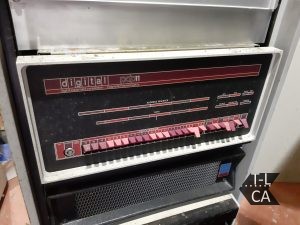