The Sperry Univac RP03 was built by the Information Storage Systems (ISS) division, and was sold by Digital (DEC) with their own interface hardware. The ISS call it a Model 715. They were considered to be very reliable. The RP03 was often used on the pdp-11 computers. These would support up to 8 drive units per device controller, with this machine designated as Drive 0.

The number of tracks is 406. This was typically given aa 400 with 6 spare tracks in case of errors. As the system was so reliable, all 406 tracks were often used. The RP03 followed on from the RP02, and was basically the same but with twice as many cylinders as the RP02.

The RP01, RP02 and RP03 disk drives were the first disk drives to use a standard interface protocol. DEC did not make the interface design proprietary (no charge for others to use it) and it quickly became the design used in many systems. The idea of different manufacturers using a standardised interface was almost unhead of. With the DEC-designed interface becoming universal, it opened the market up to anyone being able to build disk drives. It wasn’t until the invention of SMD and later SCSI and ATA that the low-level interface was made obsolete. The SMD interface was an adaptation of the original DEC interface, mainly distinguished by changing the serial bit signaling interface to the higher level protocol.

This drive unit was stored in a barn for many years, and unfortunetly the wildlife had been using it as a nest. Several wires have been chewed through and corrosion on the metal work means that this machine is unlikely to operate again. 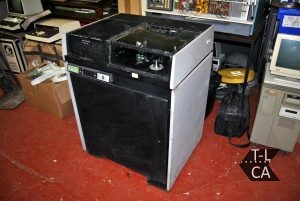 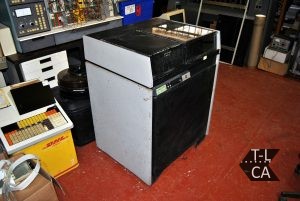 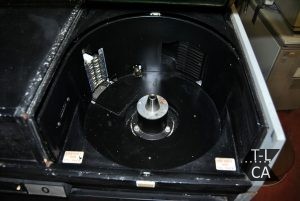 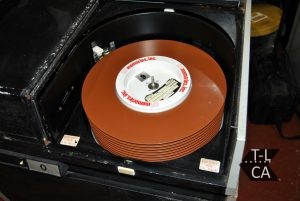 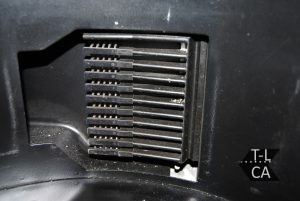 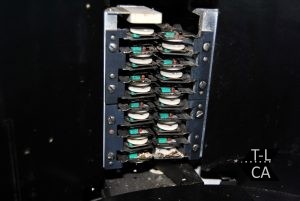 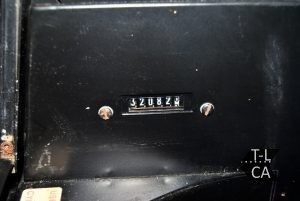 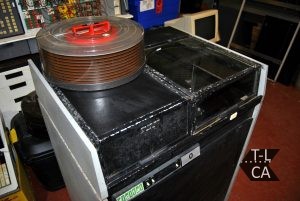 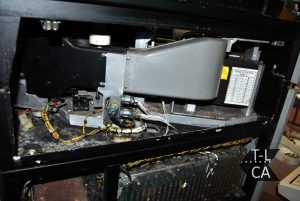 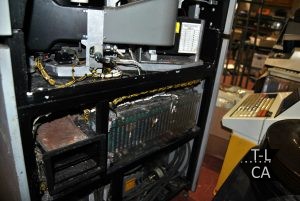 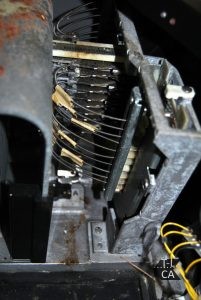 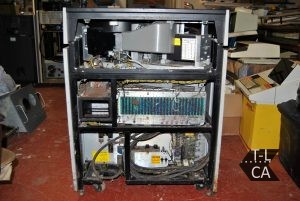 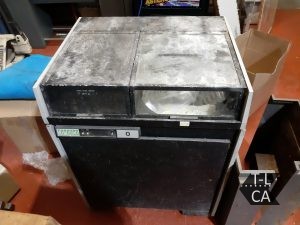 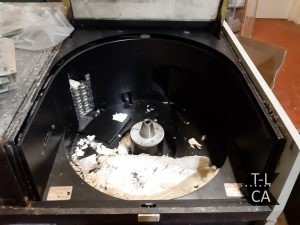 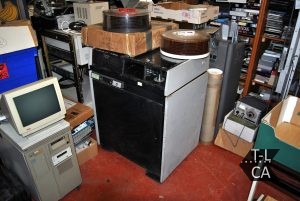 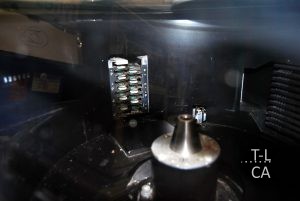 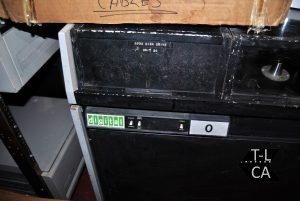