Sir Clive Sinclair was a visionary. He saw the UK market needed a computer for under £100, so he made one. At this point in the Britis ecconomy, unemployment was increasing, inflation was very high and getting higher. His success with the Sinclair Z80 and ZX81, the ZX Spectrum was well founded, but the £99 cost of the ZX Spectrum made it cheaper than the previous versions, inflation taken into account.

The ZX Spectrum was a truly awful computer. The rubber keys were awful. The wobbley memory expansion card on the back was awful. The spark-erode printer you could buy was awful. Any attempt to write a program lead to disaster. The endless supply of games you could buy were absolutely brilliant.

The keyboard was so bad, and consider this was an improvement on the Sinclair Z80 and ZX81, that Fuller made a Spectrum upgrade kit, with a much improved keyboard. You simply put your Spectrum CPU into it.

The Spectrum used the trusty Zilog 80 CPU running at 3.5MHz. It has an option of 16k or 48k RAM (Price dependant).

There is a very good TV mini-movie called Micro Men, you can see it on Youtube. It explains all about Sir Clive Sinclair and the competition with the BBC Micro. 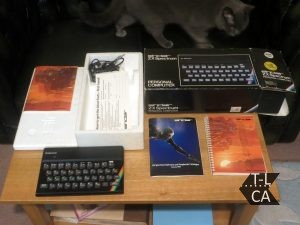 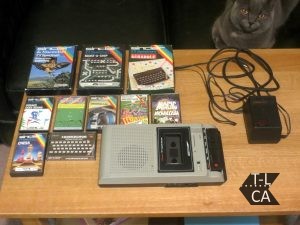