The IBM 1621 Paper Tape Reader was used alongside the IBM 1620 Computer. The tape reader would read at a rate of 150 characters per second. This would be used to load programs into the IBM 1620.

Like with most paper tapes, the IBM 1621 tape reader uses 8-channel tape. This would typically be 6-bit character code (IBM 704 BCD character encoding was often used around this date). Even Parity was done using Track 5. Track 8 was used to indicate lower case, something that IBM 704 char set did not include, and would be ignored on systems which did not support lower case.

The photos show an IBM 1624 Tape Punch which attaches to the front of the 1621 reader. 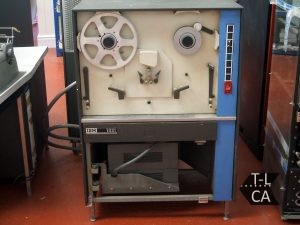 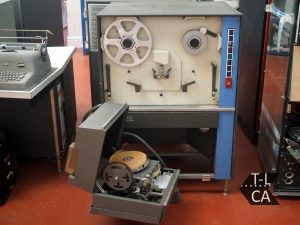 See the IBM 1620 Computer
< Back to Exhibits