The Video Genie EG3003 I version 1 was considered a clone of the Tandy TRS-80 Model I, though some hardware and software differences existed. They were built in Hong Kong by EACA. Most noticeably the Genie version 1 lacked a Clear and Tab key. These were later added in Genie I version 2 at the expense of the right Shift key. The Genie II that came out in 1981 did away with the built in tape recorder and instead had a numeric keypad.

A Genie Expander EG3013 was available which allowed the addition of disk drives, and also allowed for a S-100 bus interface. An additional 64k RAM could be connected. A Printer interface was also possible. An RS232 interface was also an extra. 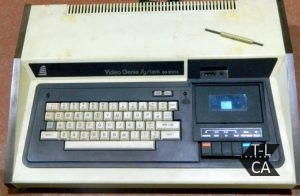