Due to a lack of 3rd party support, sales of the computer were poor. The games market drove 8-bit home computers over lesser-suppoerted 16 bit machines, and production was stopped in March 1984.

The machines had am impressive 192×256 16-color video mode, a 32×24 character text mode using the TMS9918 Video Chip, and a four-channel sound chip. However while the CPU was 16-bit, the RAM was 8-bit. A 16-to-8 multiplexer was used, requiring 2 clock cycles to transfer data, halving the data rate on both read and write to the RAM. The off-chip register design impeded the speed further.

TI also built a large collection of pheripherals for the computer. These included a voice synthersiser, TI adaptor for joysticks, Pheripheral expansion box, to which you could connect a Modem, External disk drives and Printer. A monitor (as opposed to TV) could also be connected to the console.

TI was also developing a Hex-Bus. This was a high-speed serial link designed to connect to many pheripheral devices, the same idea that USB is based on. It was never commercially released.

When TI decided to design a home computer, they alread had two projects running. One department was developing a computer game console. The other was developing a personal computer. The departments were merged and produced the TI-99/4 (and thus later the 4A). This computer was neither suitable as a game console nor a personal computer. Only about 100 games were produced for the computer, nearly all by TI. Compared with the Sinclair spectrum’s 1700+ available games. 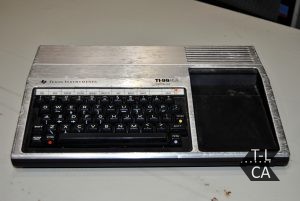 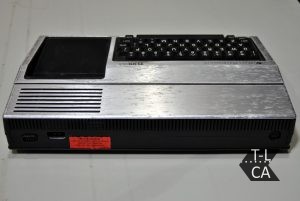 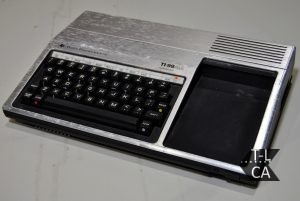 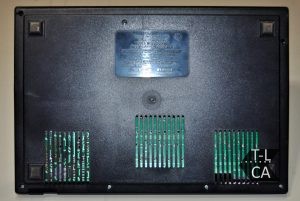 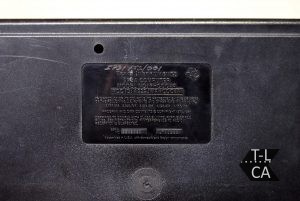 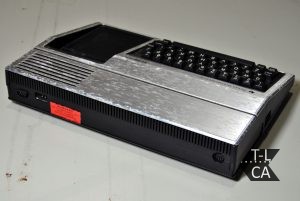 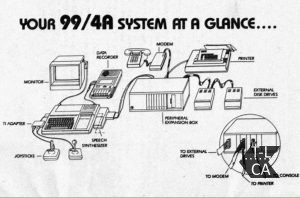