The Sinclair PC200 was an attempt by Amstrad using the Sinclair name to make a personal computer more in line with a desktop PC, aimed at the small business user. It boasted an Intel 8086 CPU, CGA graphics and built-in 720k floppy drive and 512k RAM. With a price tag of £300 which is £820 in 2020 ($1,080) compared to the £1000+ of a normal PC at the time, this left no room for anything else. Like a hard drive, as almost every other PC used.

Those who know their old computer will notice how similar the PC200 looks to the Atari 520-ST. The specifications are almost identical, and the PC200 was designed as an alternative to the Atari. While Amstrad teamed up with Sinclair to produce the PC200, Amstrad themselves were selling the PC20, which was in fact identical to the PC200 except for the colour, and the additional TV output on the PC200 (40 column mode).

The PC200 can boot into Dos 3.3 from floppy, where more programs can then be loaded. Digital Research’s GEM desktop could be loaded if the computer was running a CGA monitor. Two 8-bit ISA slots are available, though due to the design of the case, the cards would stick out the top of the computer. A maths co-processor was also available. An analogue joystick was available, as was the obligatory Amstrad mouse (in black).

Needless to say the PC200 was a complete failure. The CGA graphics were poor, when other (be it more expensive) PC’s were using EGA or VGA. The lack of a hard drive was another huge set back. The PC was in production for only 3 months. 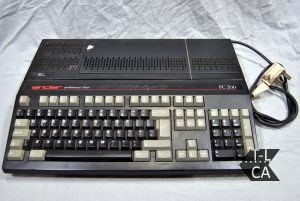 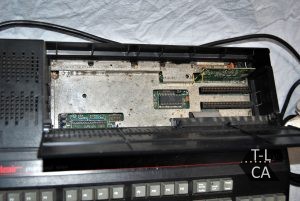 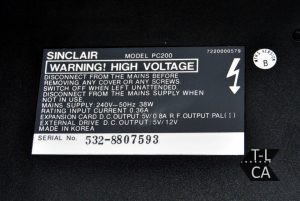 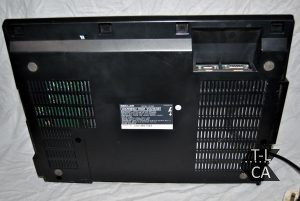 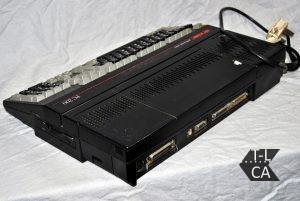 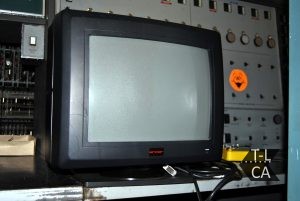