The decoder converts binary code to decimal numbers. Like the Encoder, I mounted the switches and bulbs on perspex, I found the easiest way to fit the switches was to drill, then ream the holes and then finish to size using a small file. You can see in the photographs I used old switches, they were donated to the Museum along with other items by Mrs winterburn from a her late husbands estate, the only thing I had to do to them was to take off the old solder to expose the holes on the wiring tangs, this allowed me to wire wrap the connections. I haven’t built the Decoder to the sizes specified in the book , I’ve also altered the design of the bulb harness as well.

I didn’t encounter too many problems other than scratching and cracking of the perspex , same as the encoder. Wire wrapping the switches was quite fiddly, but managed to get a good enough connection to allow the decoder to work. I also made a large drawing with all the switches and wire connections, this helped by creating a visual reference once wiring was under way. I really enjoyed this build and look forwards to my next module: Memory Drum.

The Encoder converts Decimal to Binary code ready for computer usage. Two steps forwards one step back, that is how the Encoder developed. With making the top sheet out of perspex, it through up problems with cracking and scratching, but on the whole I think it was worth the extra effort. Other problems encountered were, finding matching bobbins and getting the yellow insulation tape to stick to the copper. The book says, make a clip and string it between two dowels to act as the connection between the bobbins and the bulbs, I found that I could not get the right tension and the clips damaged the yellow insulation. I changed the design and bonded the clips onto one dowel using car bodyfiller, this has definitely done the trick, the clips ride over the insulation without damaging it.

There is a really interesting set of videos on YouTube that go through the programming sequence for the paper clip computer. Next build, (Decoder). 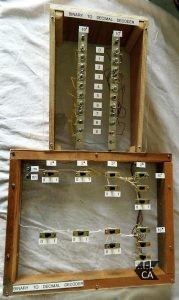 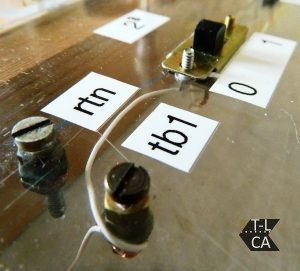 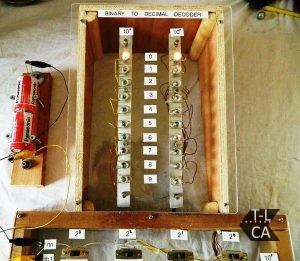 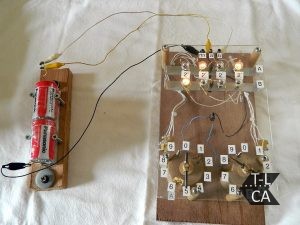 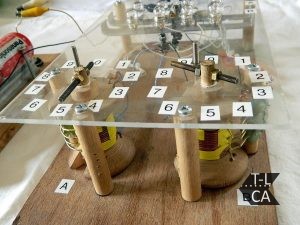 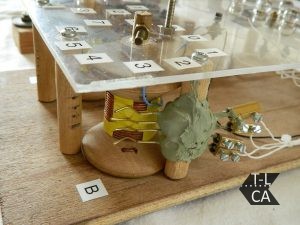 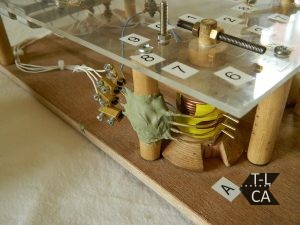 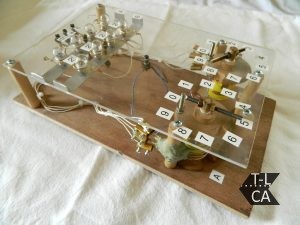 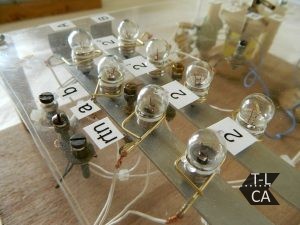 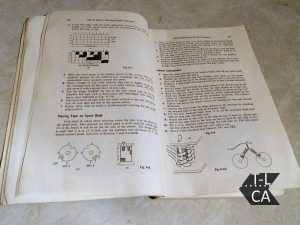 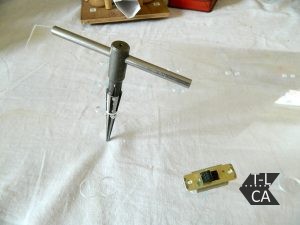 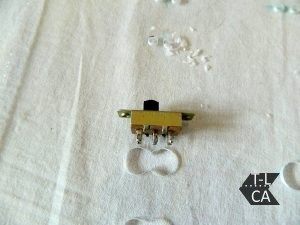 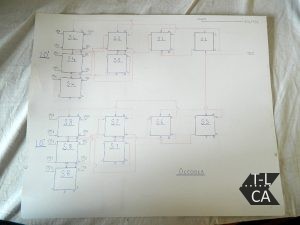 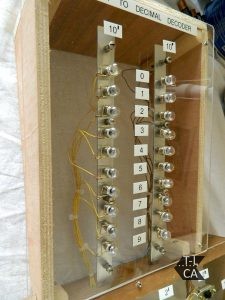 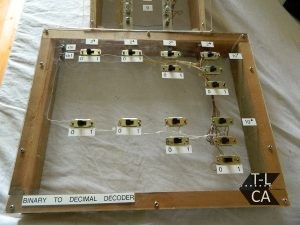 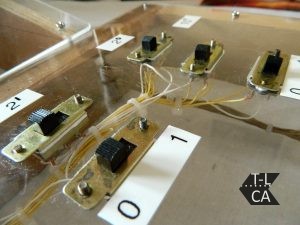 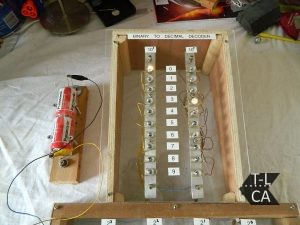 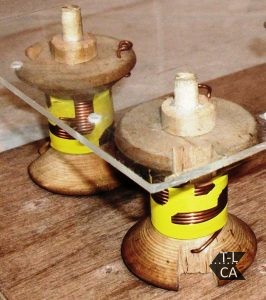 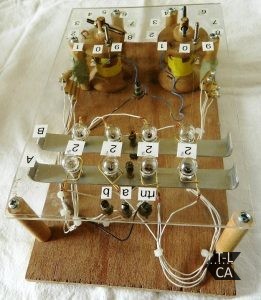 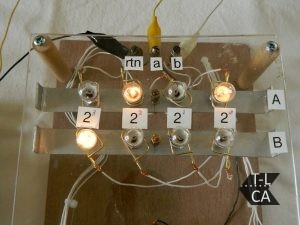 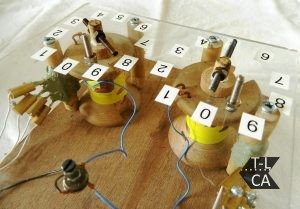 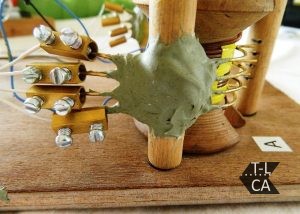 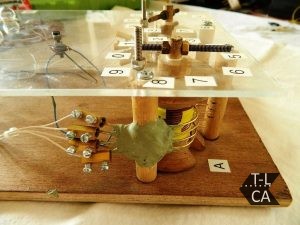 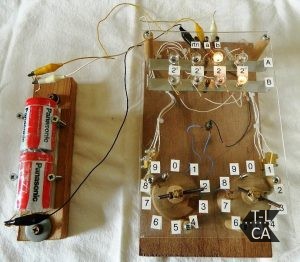 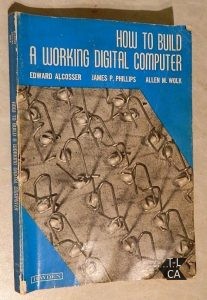