The Osborne 1, built by the Osborne Computer Corporation, is considered to be the worlds first portable computer. It features a 5″ monitor, two 5 1/2″ floppy drives, Zilog 80 CPU and 64k RAM. It was designed to be rugged and compact. The first Osborne 1 was shipped in July 1981 with bundled software. While the idea of bundled software was not new, the relatively low cost of the Osborne 1 with software had a big impact on personal computer prices. The Osborne 1 sold for $1295 which is £3950 (£3060) in 2019.

While the Osborne 1 sold well, with 10,000 sold within 8 months, it also had over 10% failure rates. Dispite this, 50,000 units were ordered. In the rush to build the units the quality control suffered, but still the orders came in.

What happened next is known as the Osborne effect. Adam Osborne, one of the founders, demonstrated the new Osborne Executive computer to reporters in the start of 1983. They were very impressed with the new computer, wrote impressive articles, and suddenly orders for the Osborne 1 plummeted as people wanted the new Executive. They tried to drag in the sales of the Osborne 1, which by now was stockpiling up, by reducing the price by 30%. On September 13th 1983 Osborne went bankrupt. 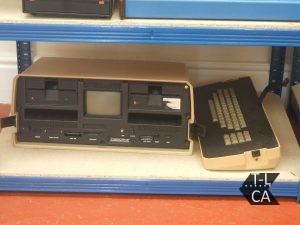 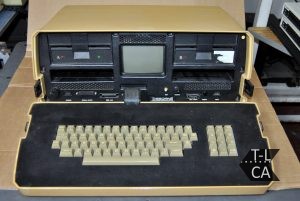 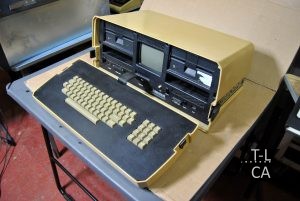 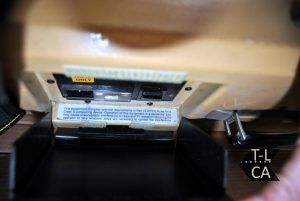 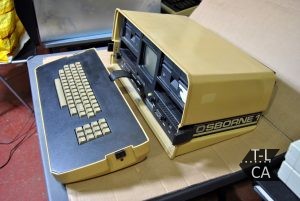 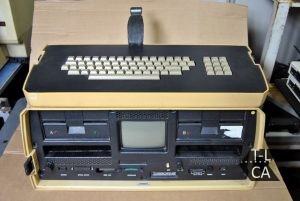 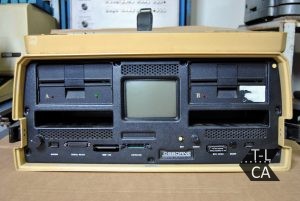 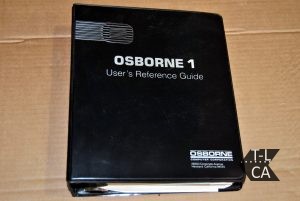