When Olivetti set out to design a new method of using calculators in 1964, they didn’t expect to inadvertently design the worlds first commercial programmable “desktop” computer. But that is exactly what they did. Sold as a calculator, it actually has more in common with a computer.

The computer is capable of calculating addition, subtraction, multiplication, division, square root, and modulus. The user operates the computer with the keypad as you would a calculator, but instead of simply typing in the equation, they would instead write the program in a simplified version of Assembly. This program could then be stored onto a magnetic card and recalled as required. Once the program was written, the user could then enter the data to use, and run the program. The output is via the built-in printer.

The magnetic cards, approx 10cm x 20cm can hold 2 programs (one on each strip). Each strip contains 5 registers worth of data. Two of these are for the program code and three are for either more code or number data.

The computers memory consists of 240 Bytes, contained within magnostrictive delay-line memory with a 2.2 millisecond cycle time. 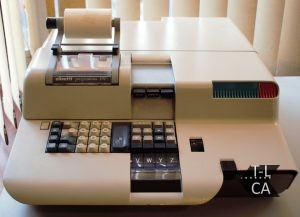 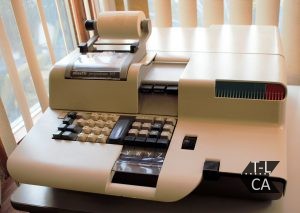 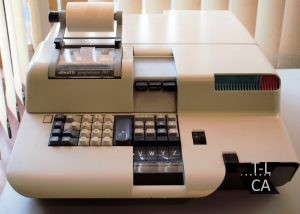 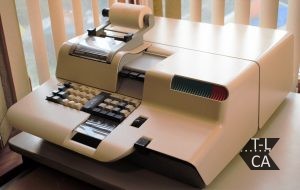 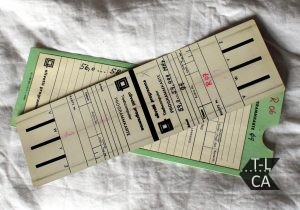 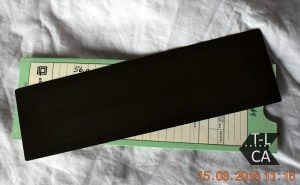 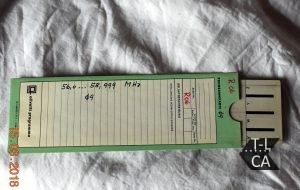 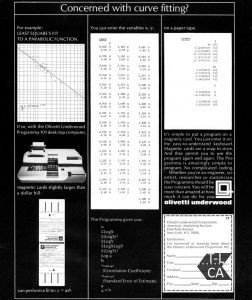 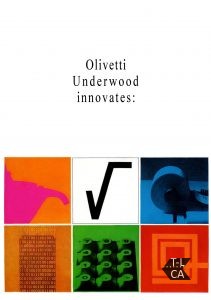 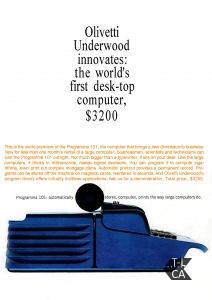 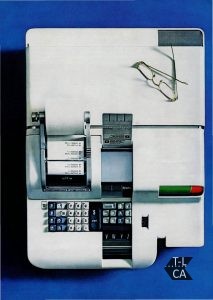 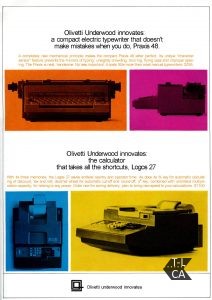