Computer Space Ball is an arcade game by Nutting Associates. It is one of the earliest examples of a coin-operated arcade machine, released in 1972. It is one of the very few examples of a 3rd generation pure-logic arcade machines. There is no CPU, ALU or memory. Only an Analogue to Digital converter for the user input controls and a UHF output driver.

This machine has a valve-based black and white TV with the back removed for the display. The very simply logic board wires into the UHF input of the TV. It uses 64 logic IC’s. You can very faintly see “Series C” printed on the logic board. 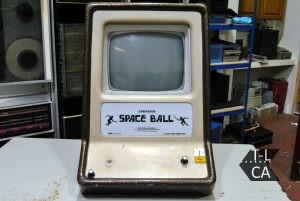 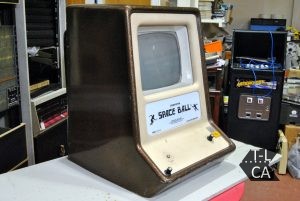 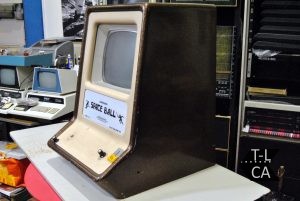 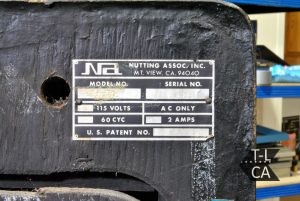 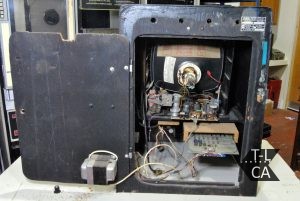 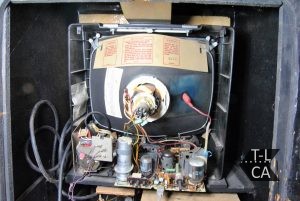 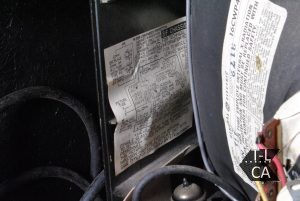 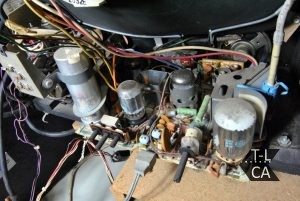 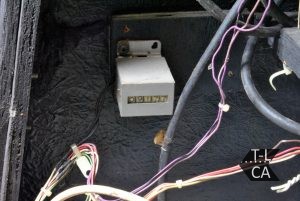 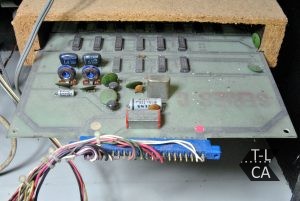 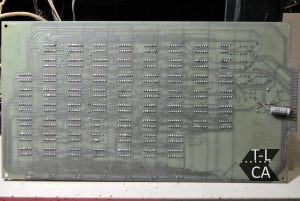 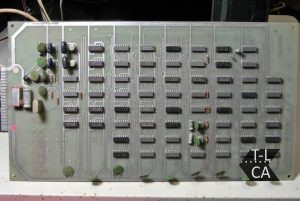 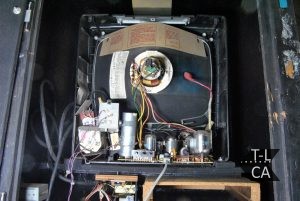 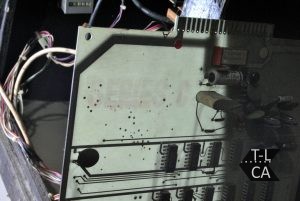 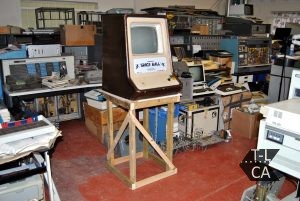