The Nascom-1 is a single-board computer kit, introduced in December 1977 and discontinued in 1979 when it was replaced with the Nascom-2. The Nascom was designed in the UK by Kerr Borland and John Marshall and featured a Zilog 80 processor running at 1MHz, 2kb RAM (1k used for video RAM), 1k ROM running NAS-BUG 1. RAM was expandable to 64k.

The Nascom-1 was a kit computer, meaning you bought the computer board and often a power supply, but you had to build your own case for it. As nothing was standardised this meant a lot of work. Our Nascom-1 appears to be made into a professional looking case. Other examples have been nothing more than a wooden box nailed together. A S-100 interface adaptor was also available for the Nascom-1. 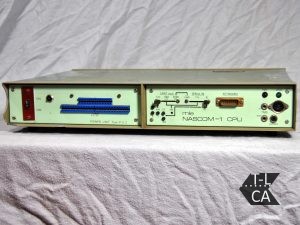 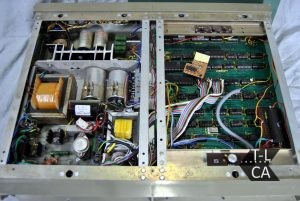 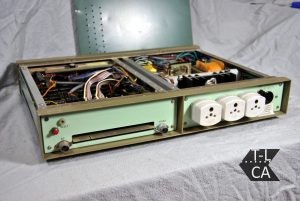 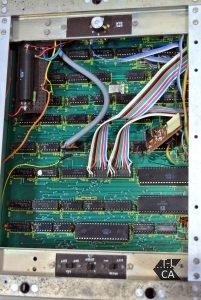