The Moore Reed TC301M is a “Universal” acoustic coupler. This is a very early example of an acoustic coupler, which comes in its own wooden box. The idea was to build a cheap model without the need to build and have approved a plug-in telephone device. In the UK, all deviced connecting to a British Telecom phone line required approval which cost money. The data would be received by the coupler’s own microphone and turned into serial data. The computer would send serial data and the modem would transmit it out of its own speaker back into the telephone handset. 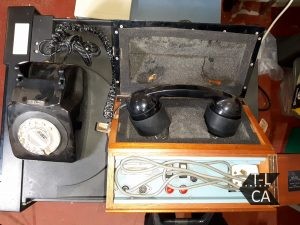 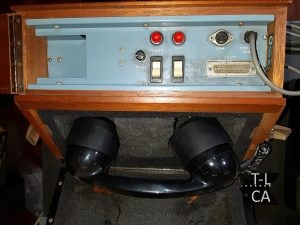 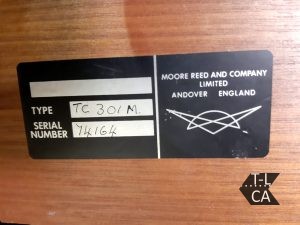 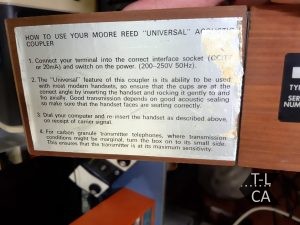 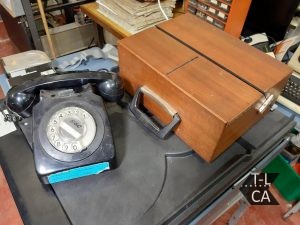