The robotic arm has six motors for control. These are Body, Shoulder, Elbow, Wrist (2 motors) and Hand. The body motor allows arm slew to preform a full 360-degree swing. The Shoulder, Elbow and Wrist allow the arm to pivot each section up and down approximating the human arm. The wrist can rotate a full 360-degrees. The jaws can open to around 100mm. The shoulder can swing 240-degrees, the elbow swings 150-degrees, the elbow swings 120-degrees and the wrist swings 180-degrees. All motors can run up to 70mm per second movement. Maximum load is 500g.

The arm is controlled via a parallel interface port from a host computer. 11 commands are used via ASCII to control the arm. The Jaws require 2000 steps between closed and open, while the body slew rotation requires 3000 steps from centre position. The robot has a position accuracy of +/- 0.3mm. The robotic arm is able to store preset positions within its own memory (volatile) to allow a quick go-to command to be sent by the host computer.

The robots can be programmed in two ways. The first is called the Teach Pendant method. This method consists of a hand-held control board which the operator uses to direct the robot’s movements. The computer stores each movement in memory and, when the operator presses a recall button, the robot acts out the series of movements it has just “learned.” The second programming method uses the computer directly. The operator would write out a a sequence of movements using a programme called VAL. The robotic arm would then carry out the sequence as the programme is run. 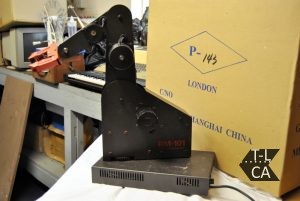 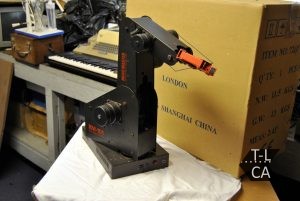 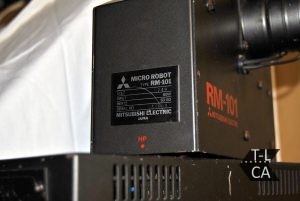 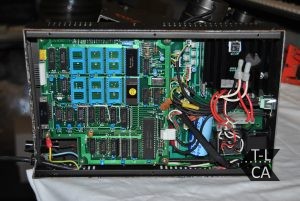