The Mattel Aquarius is classed as one of the shortest lived computers to go to market. According to Wikipedia the computer was released in June 1983 and discontinued in October 1983. Our unit is dated 1982, is labelled as “Workshop Test” and has serial number 130078 (no. 78), I suspect an early pre-production one. The Aquarius was a lower cost system and had poor graphics to show for it. At a time when people were wanting to play better games, the Aquarius was not as good as others on the market. 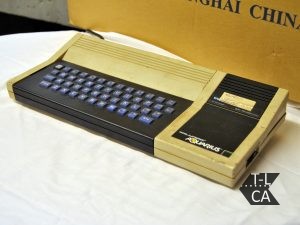 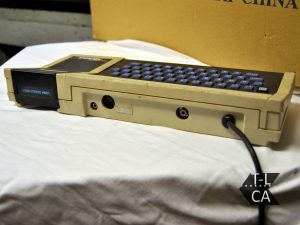