According to Wikipedia, only 50 Kenbak-1’s were ever built, with 40 being sold, and only 14 believed to still exist. This machine is a CTI version, who bought the Kenbak design after Kenbak failed to sell enough units.

Robert Neilsen writes on Godreveals how he worked close with the CTI company, and he is of the firm believe that CTI never sold any Kenbak-1’s that they had assembled, and the few units sold came mostly built from John Blankenbaker. This would suggest that although our Kenbak is labelled as CTI, it was in fact assembled by John Blankenbaker and his team.

The machine had 256 Bytes of RAM (yes, Bytes) based on a string of shift-registers. It didn’t have a single CPU IC, but instead used an array of TTL chips to form the functions. It typically ran at 1k Flops due to the slowserial memory, though the clock speed was 1MHz.

The Museum’s Kenbak-1 has the CTI logo. Its Blue case was also produced by CTI, Mr Blankenbaker informed us that he used cases manufactured by Bud Industries which had a slightly different layout. He also said the front control panel had a horizontal slot cut in it to potentiality fit a card reader in the future, this unit does not have this feature.

John V. Blankenbaker has given us permission to show a photo of him posing next to his Kenbak-1. This can be seen in the gallery below. 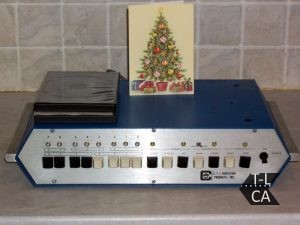 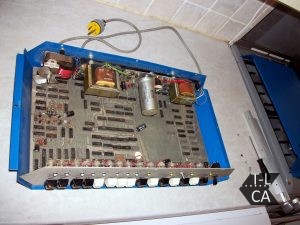 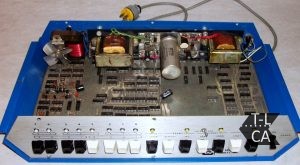 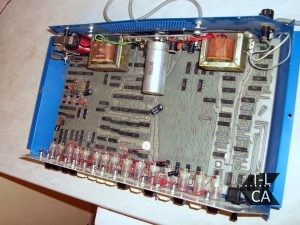 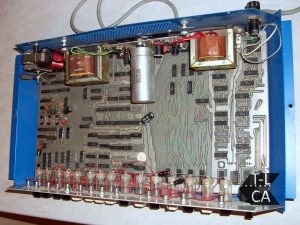 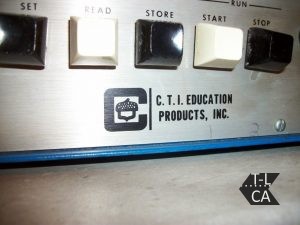 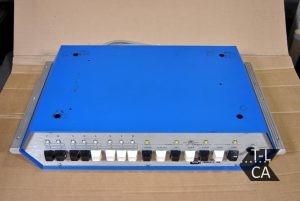 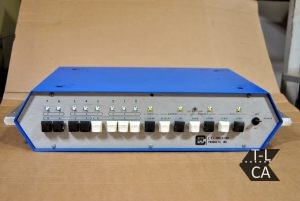 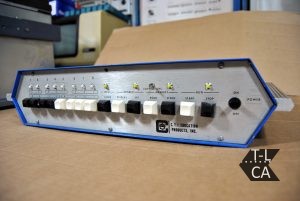 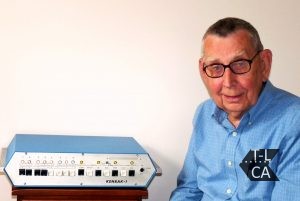