The Kaypro 2X is a portable computer from 1984. It uses a 4MHz Zilog 80 CPU and is was built to be reasonably rugged with its all-metal case. Its 9″ screen was a reasonable size for a portable machine, though all this made the computer suprisingly heavy, weighing 26lb (12kg).

The Kaypro 2X is also known as the Kaypro 4/84. It was released as a slight upgrade to the Kaypro II. It features a faster CPU and DS/DD half-height floppy drives (390kb). Other additional features were an RTC (Real Time Clock), 8×16 pixles (up from 5×7) character display, higher quality monitor for a sharper display and a built-in 300 baud modem.

This Kaypro has recently been upgraded to use a USB memory stick to allow multiple boot images to be selected. 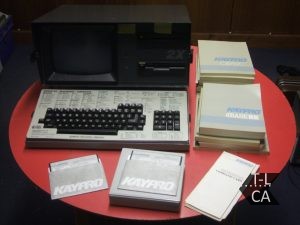 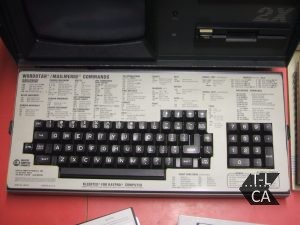 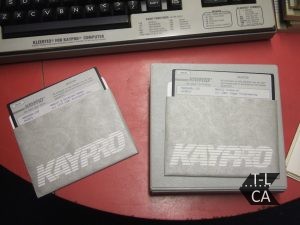 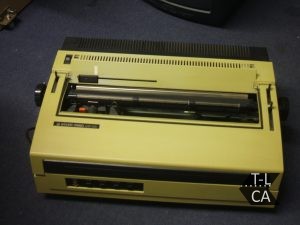 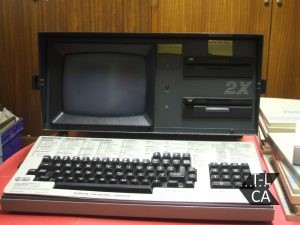 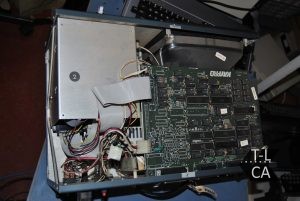 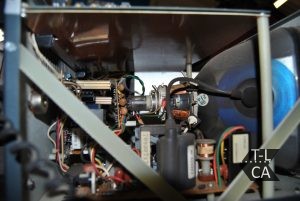 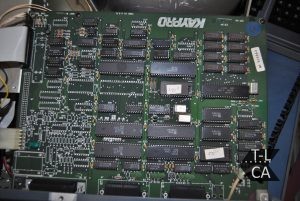 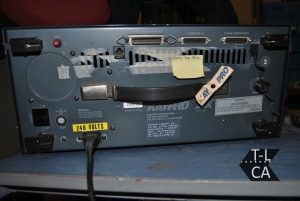 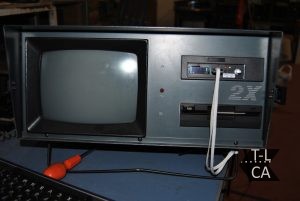 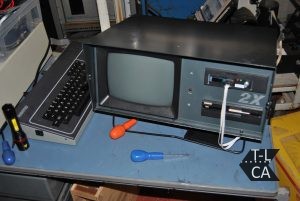 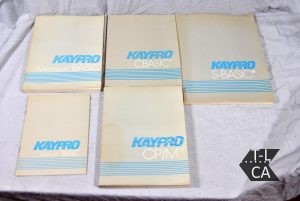 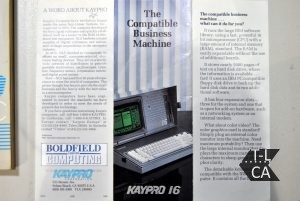 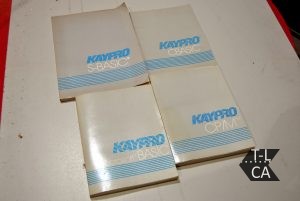 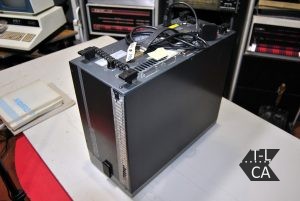 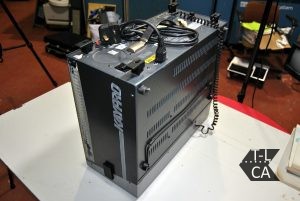 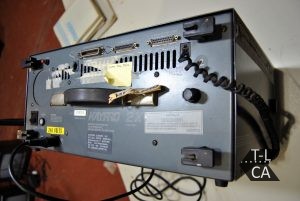 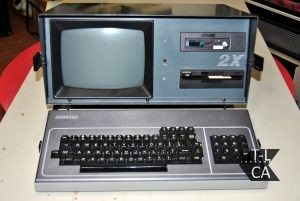 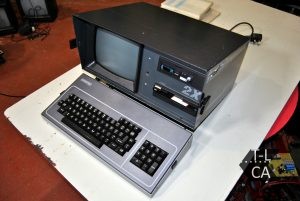 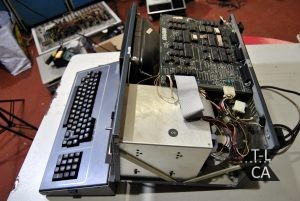 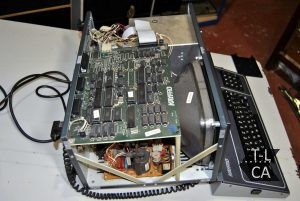 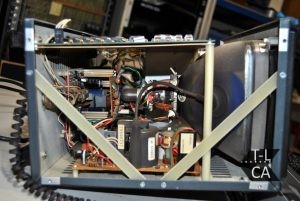 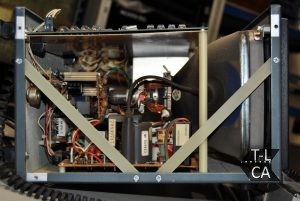 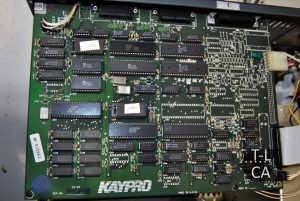 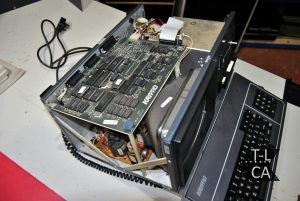 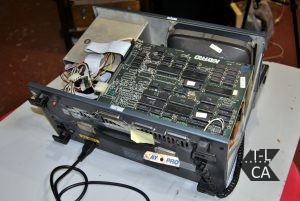 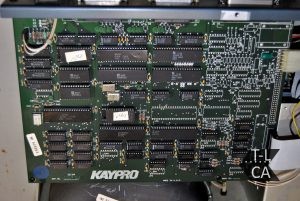