The Interdata 270X was not used a computer in the normal way. It is a protocol converter on a grand scale, allowing an IBM mainframe CPU’s such as the 360 and 370 to communicate with non-IBM terminal equipment without the need to reprogram the IBM software. They were often called minicomputers, because multiple users would connect to them, and they were a computer of sorts, which connected to a mainframe. You could almost call them a high-end router in modern terms.

“Back in the day” computer equipment was very, very expensive. The Interdata 270X was a lower-cost method of linking existing but otherwise incompatible hardware to a computer. A bit like a European socket adaptor to fit a US wall socket, only it costs as much as a house. A small price to pay considering the cost of a replacement system.

The Interdata does have a CPU, known as the “Model 55” processor. It runs programs, but this is a computer that controls the IO interfaces. The Interdata its self acts like an IBM multiple device address control unit and is linked into the multiplexer channel of the IBM mainframe. It will convert code from one protocol to another, and can even emulate a piece of hardware (pretend to be another device). 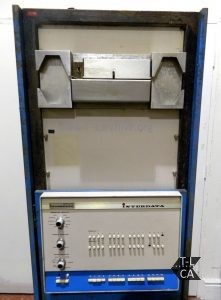 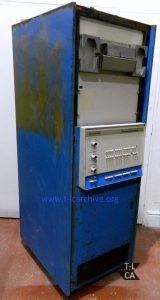