This IBM Type 11 Electric Keypunch was used for manually producing punch cards for use in IBM Calculators and Computers. It is dated 2nd February 1959. This type of Keypunch first came out in 1923. IBM punch cards have 80 columns, numbered 1 to 80 from left to right. This married up with monitors, which were also typically 40 or 80 columns wide. Before the Electric punch they were all manual. These required a lot of effort in comparison.

IBM704 character encoding was often used on the earlier cards. Numbers were simple, just press the number and the appropriate number 0-9 would be punched. Letters of the alphabet were represented by a number and a punch in either column 11 above row 0, and/or column 12 at the very top of the card. This provided a limited character set, with no lower case available, however with the maximum of 3 holes punched for any letter of the alphabet, it retained the structual integrity of the card. A good operator could punch as many as 300 cards per hour, or 5 per minute. The auto-advance feature on this Keypunch also speeded up the process.

All Keypunch machines with the diaganal keys such as this one are based on the Hollerith Keypunch 001. This was patented in 1901 by Herman Hollerith, who was one of the founders of IBM. As technology advanced, the IBM 29 and IBM 129 became common, with a full keyboard. Advances in character encoding would eventually lead to the ASCII standard we use today, with 256 possible characters.

Columbia University has a very good page on how to read Punch Cards. 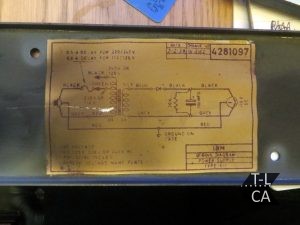 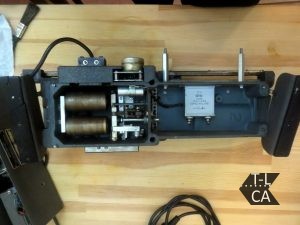 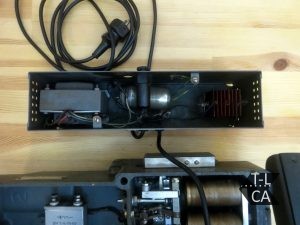 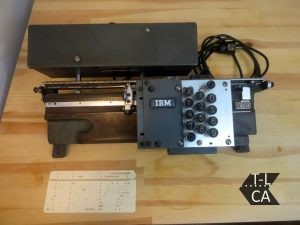 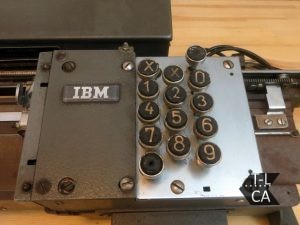 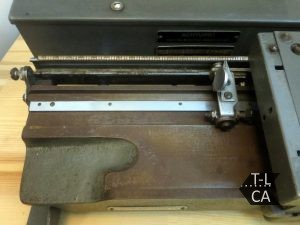 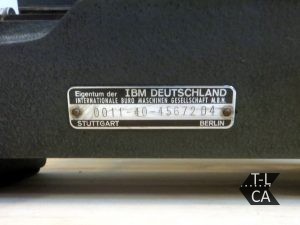 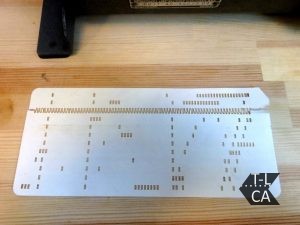 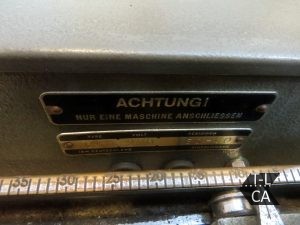 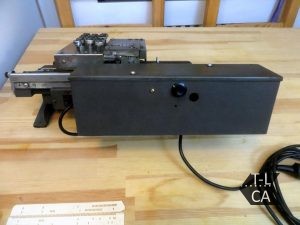 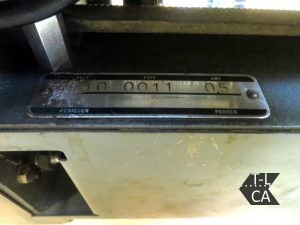