There are no electronic components it is a totally mechanical computer, When I started to assemble the system I thought it would never work, its too mechanical!.. but it does. It is also possible to program the computer by changing the little pieces that push onto the plastic flip-flops Logic Tubes.

I found great care had to be taken when changing these tubes, they are a very tight fit and with the flip-flop being plastic, disaster was only a slip away. The readout can be seen on the left hand side of the computer, there are three windows, each window you can read either 1 or 0. Next to the readout Window, you can see a front panel card is inserted. The front panel card on the Digi-Comp at the time of the photo was for Experiment 5 in the book Sequential Bank Lock.

The computer is activated from the right hand side by pushing and pulling on the white plastic slider, it has the words “Clock” written on it. I think its real triumph of Engineering and Great fun was had by all! 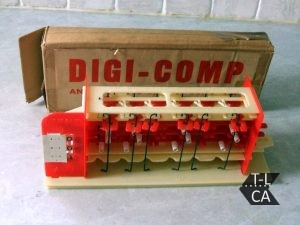 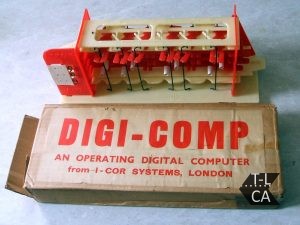 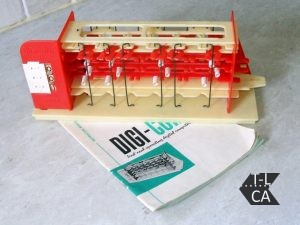 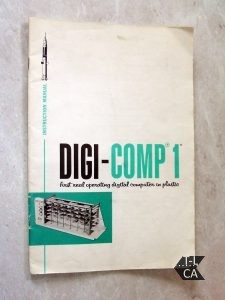