The Heathkit ES-400, also known as the Heathkit H1, is an Analogue computer, ideal for calculating parabolas and other simple mathematical equations.

Sadly this computer is incomplete, with only the connection panel remaining. As you can see in the photos below, the user manual shows the original machine. It would have had 70 valves, mounted on a large prism-shaped enclosure, but the user controls and connections are all on the remaining panel.

In the manual it states the computer weighed in at 70 lbs (32kg) though David Goodsell’s writeup claims 168 pounds (76kg)! He has also estimated that approximately 250-400 units were sold. The system runs on 110V and uses requires 420 Watts. It would certainly be nice to work on in a cold winters day. The manual is dated 22nd July 1960, though this computer model dates back to 1956.

Programming the computer was very easy. You configure the amplifiers to either charge or discharge a capacitor with a resistor to limit the current flow, and other resistors to chnge the amplification. The Capacitor charge/discharge rate is a basic mathematical equation and very predictable in practical situations. You can then simply wire one module into another to concatenate the circuit, esentially integrating multiple equations to give a final output.

The computer contains the following:

Other websites showing a ES-400 include: 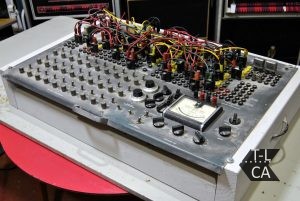 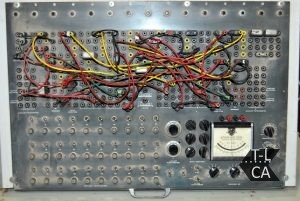 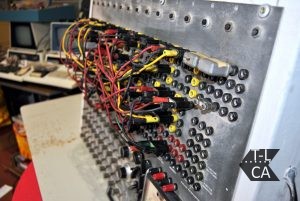 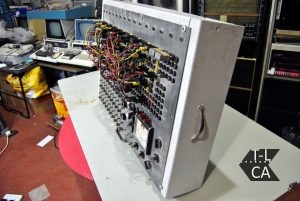 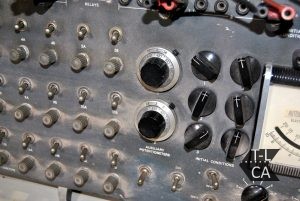 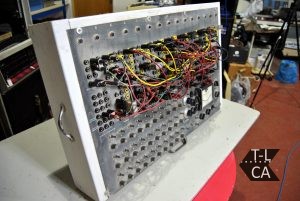 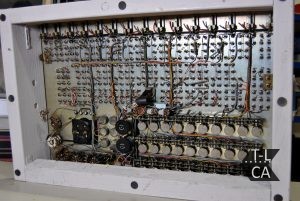 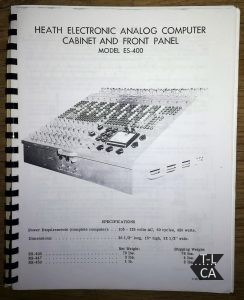 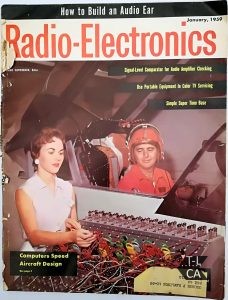