The English Electric Deuce is likely to be the oldest computer we have in the museum. Unfortunetly what few parts we have are in many pieces. It is believed to have been built in 1956, as that is the date of Eric Richard’s programming book, who used to work on the machine.

These leftover parts were kindly donated by Eric’s son Dave. Around 1970 Eric saved the parts from the scrap man (and apparently got into trouble for it!) when the computer was scrapped. Dave used some of the parts in the 1970’s in his childhood to build a pirate radio (as you did).

The large mushroom lid of the delay line memory unit ended up being used as a plant pot for over 40 years. Only in 2018 was it removed from the garden and took up its place in the museum. 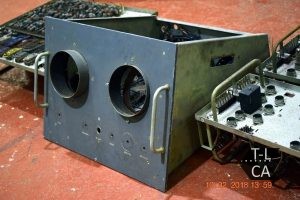 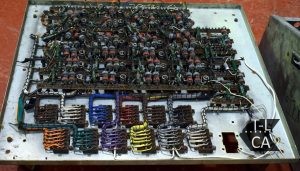 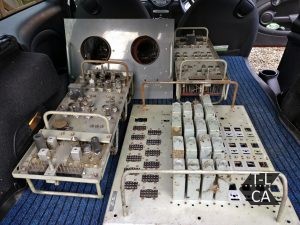 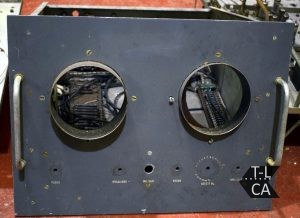 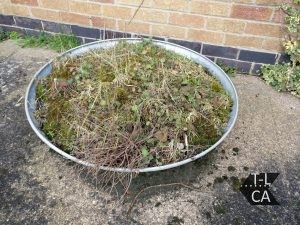 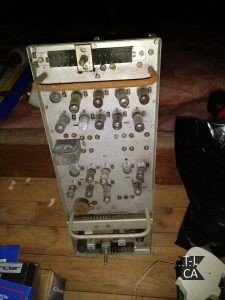 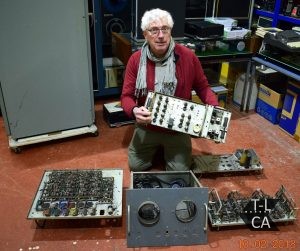 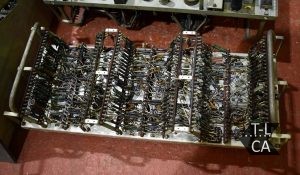 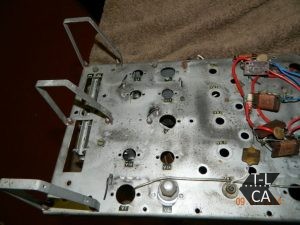 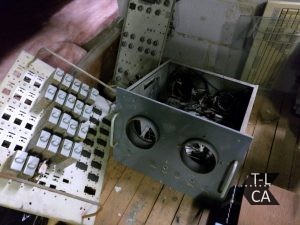 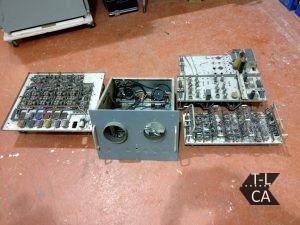 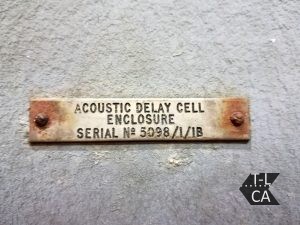 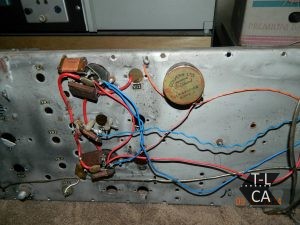 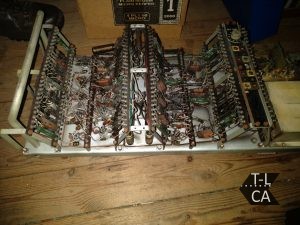 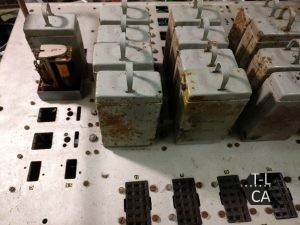 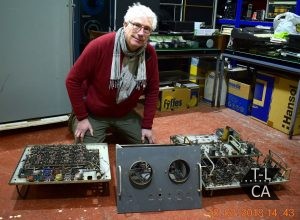 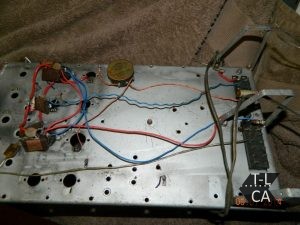 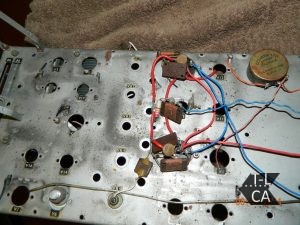 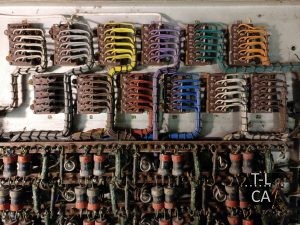 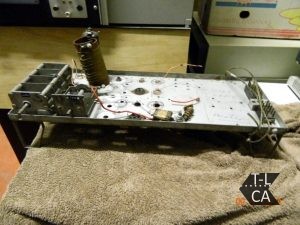 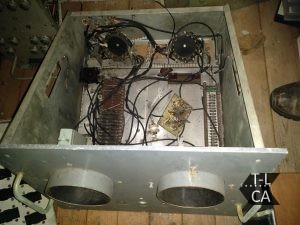 Ed Thelen has given me permission to use some images from his very comprehensive website. These images show the Deuce’s memory unit from which the mushroom lid comes from. The long stick is one of the delay line units which existed in the drum. 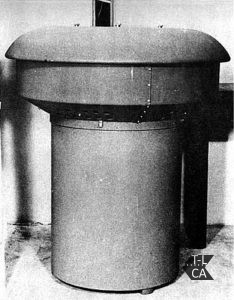 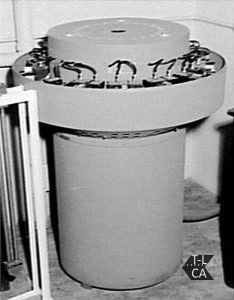 This is a Youtube Video of the EE Deuce being demonstrated, from the Computer History Archives Project.