The Dragon 32 is the UK’s equivalent of the TRS-80 Color Computer. Built by Dragon Data Ltd in Port Tolbot, Wales, the computer first built in August 1982. The Motorola 6809 CPU was one of the most sophisticated CPU used in all 8-bit home computers, able to out-prerform the 6502 and Zilog 80 as used in most other systems. While sales did well initially, both the Dragon 32 and later model 64 had two major setbacks when compared to computers such as the Sinclare ZX Spectrum:
1. They had limited graphics ability with only 4 colours available, or 2 colours in the highest 256 x 192 pixel mode, making playing games less attractive (and games were the largest driving force). 32 x 16 Text mode was also available.
2. As a cost-cutting measure only uppercase letters were available in text-mode.

The Dragon had additional circuitry to make the MC6847 Video Display Generator operate with UK’s PAL video standard of 625 TV lines. After-markey memory expansion was possible up to 512kB. The operating system is Microsoft Extended BASIC. The “Dragon’s Claw” allowed users to connect many BBC Computer peripherals to the system. A disk operating system called Dragon DOS became available, but the system was capable of running several other OS systems, including OS-9.

This machine had everything going for it, expect a decent graphics processor. By 1984 the Dragon computers had ceased production. 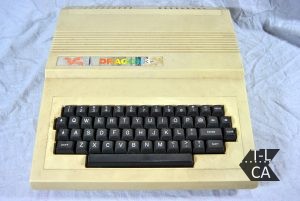 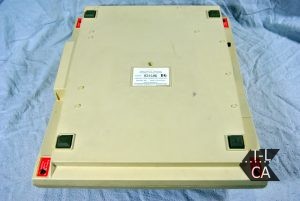 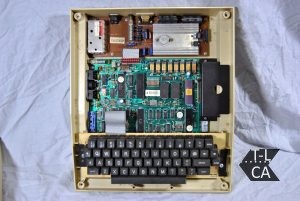 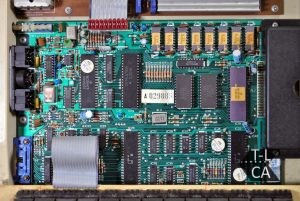 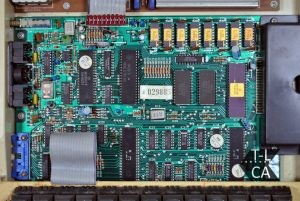