The Dracup Card Punch is a machine used to convert a Jacquard Loom pattern into a Jacquard Loom Punch Card. An operator would feed a card into the machine, read the pattern on the paper, use their fingers to select the correct keys on the selector, and use their foot to punch the card.

The machine would then move the card along by 1 notch, and the process is repeated until the end of the card. The operator would then place a new card into the card punch, move the ruler up by 1 level, and read the next pattern while punching the new card.

This process was repeated until every line of the pattern had a punch card. There could be hundreds of cards for a complex pattern, or a handful of cards for a simple repeating pattern. The cards were then sewn together and could be fed into the Jacquard Loom.

While the loom was operating, the holes or blanks allowed different threads to be selected and used, creating the pattern into the finished weave.

Masson Mill have a Saurer loom in operation, a modern version of the Jacquard. 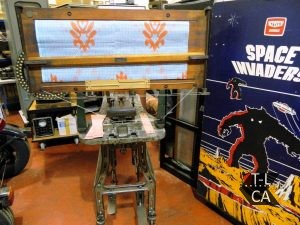 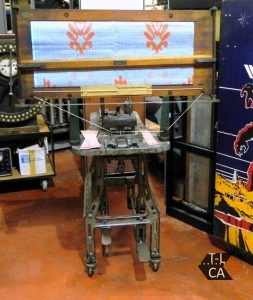 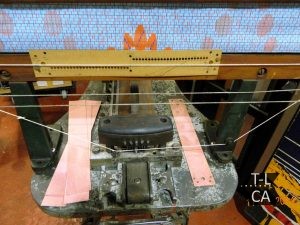 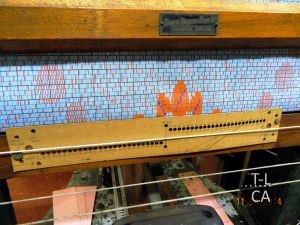 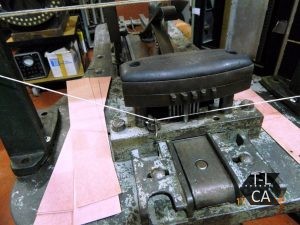 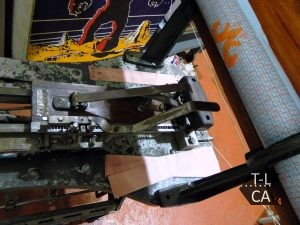 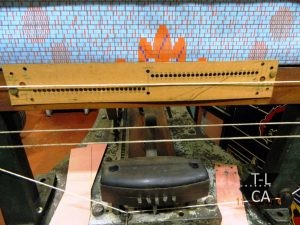 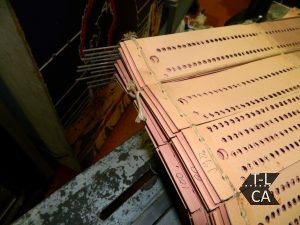 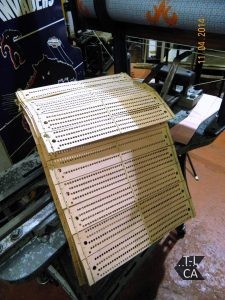 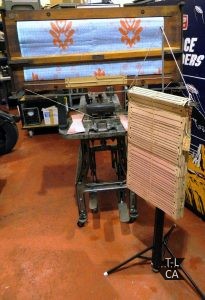 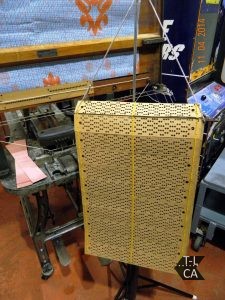 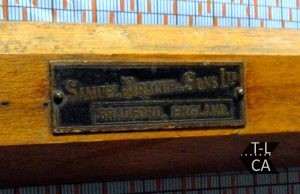 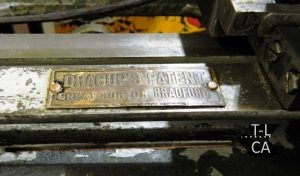 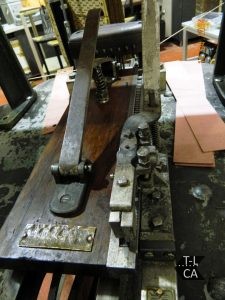 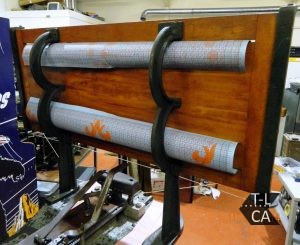 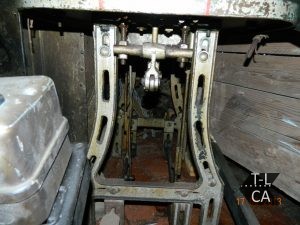 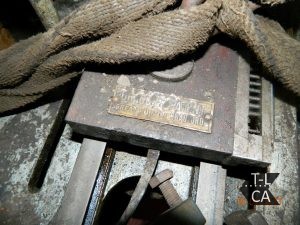