The Canon Canola 130 was the first Japanese electronic calculator. It uses 545 Germanium transistors alongside hundreds of Germanium diodes. It was introduced in 1964. A 1968 advert shows the calculator at a price of $995. Converted to 2019 money this is $7,220 (£5,540). At this price, it is considerably cheaper than some of the major competitors. In order to cut costs to aid sales, all the PCB’s are soldered on to the back plane, making servicing them very difficult.

Another feature of this calculator is the display. Instead of Nixie tubes like most others, or a CRT, this calculator uses 143 lamps with a series of light conductors to form the digits, known as “light-pipe” displays. Every number has its own plastic plate on to which tiny dots are drilled. When a light bulb illuminates this plastic plate, the number is visible as the light hits the dots. This is exactly the same method used today with LED displays to form the backlight. 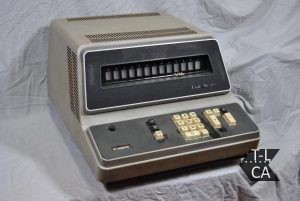 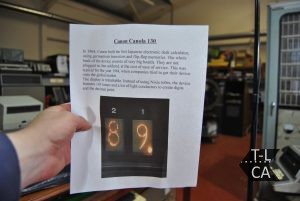 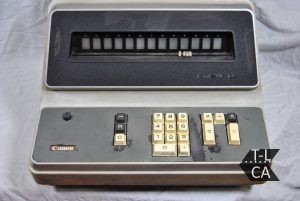 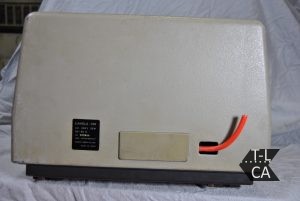 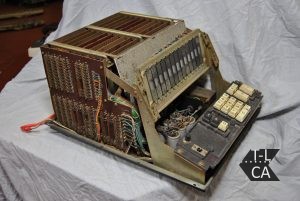 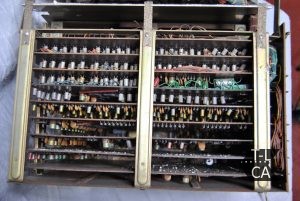 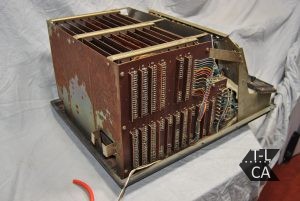 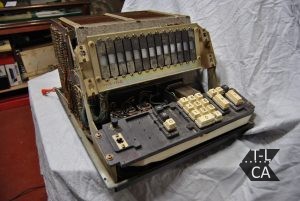