Released in 1979, Asteroids has become one of the all time best arcade games. Designed by Lyle Rains, Ed Logg, and Dominic Walsh, it is a space shooter game, based on shooting large asteroids which progressively reduce in size, but also split in half. Being hit by one removes a life.

The machine in our collection is the smaller vertical design. It was also available in larger vertical size, and in a 2-player table-top version, the screen rotating for the 2nd player. Controls are simple: Fire, turn left, turn right, power fowards and hyperjump.

The game uses mono vector graphics, allowing for an impressive 1024×768 resolution and stunningly bright torpedos. This all runs off a single CPU board with a MOS 6502 CPU. 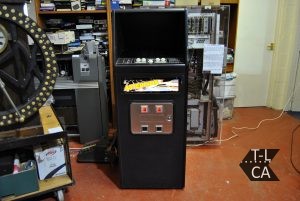 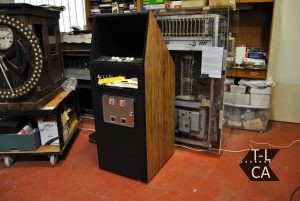 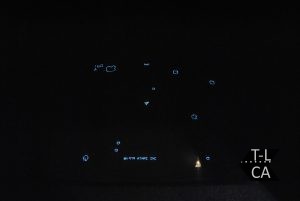 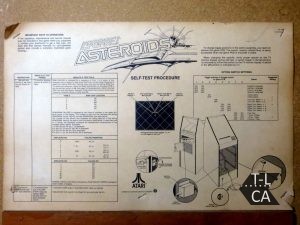 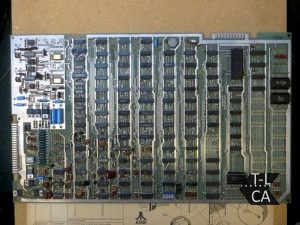 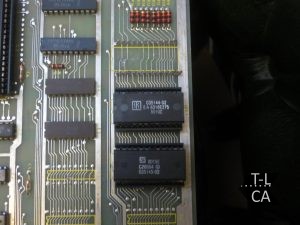 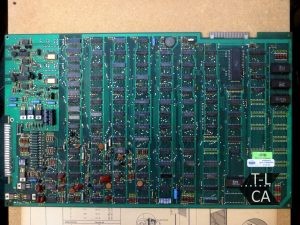 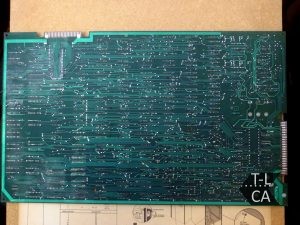 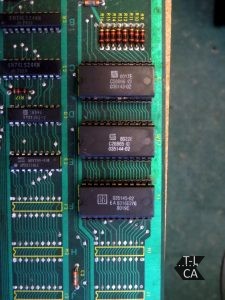 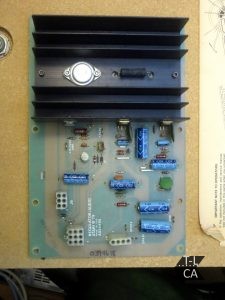 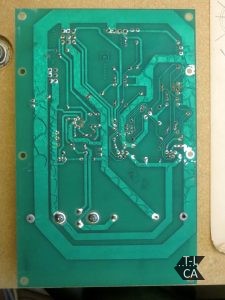 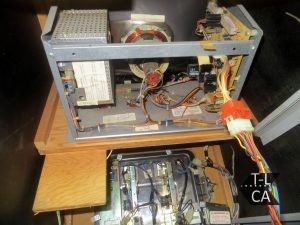 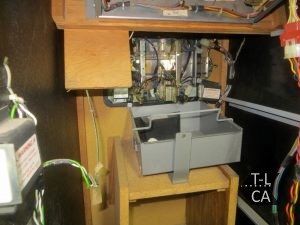 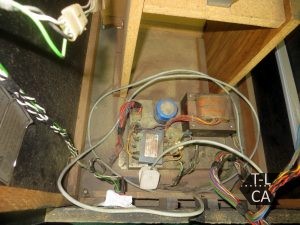 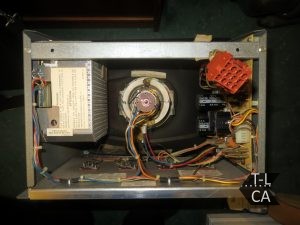 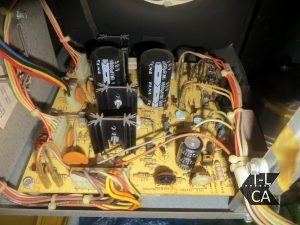 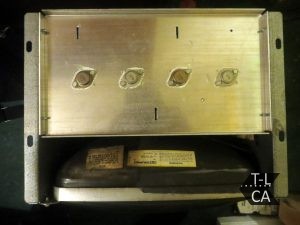 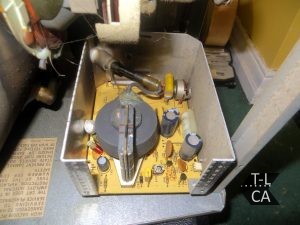 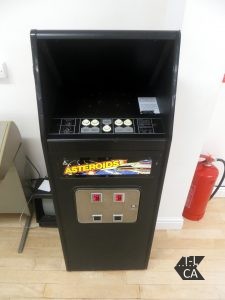 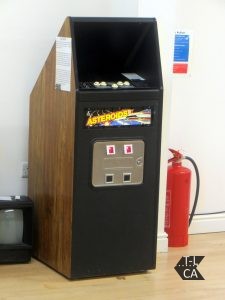 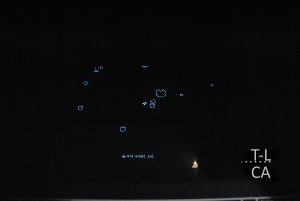