When first acquired, the computer would not power up. A faulty rectifier diode was found in the PSU, and once replaced the computer booted straight away. This computer also came with a VGA Video adaptor box which can be seen in the photos.

The Motherboard, v6.2, uses a MOS 8372A chipset, known as a Fat Angus in the trade, but labelled as a Fat Lady on the motherboard. The Agnus, Denise and Paula IC’s form the Original Chip Set (OCS as Amiga called it). The Angus controls the RAM, Addresses and DMA. Denise is the Video processor/driver. Paula controls all user-IO’s such as Audio, Keyboard & mouse, Serial ports, Joystick and also controls the floppy drives. The Gary IC is a Gate Array. This is a logic controller, designed to incorporate many discrete logic devices into one. It helps to control the floppy drives and is general steering logic.

Later versions of the Amiga 1500 had the more advances ECS chipset. 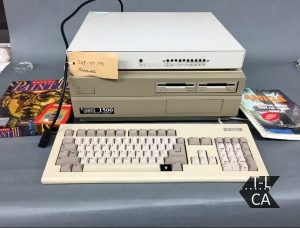 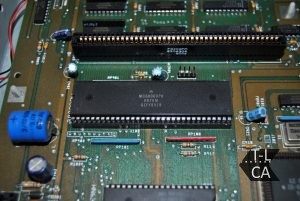 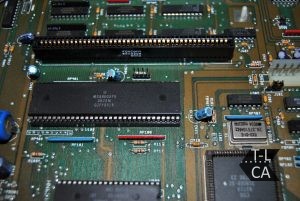 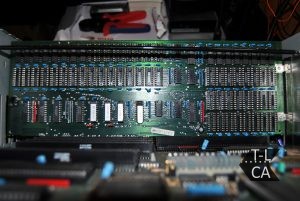 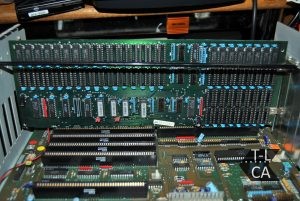 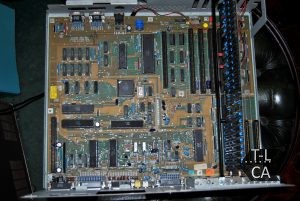 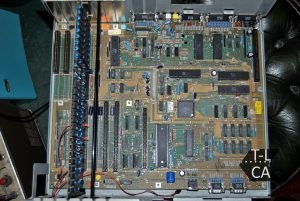 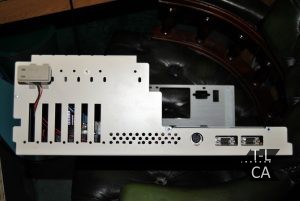 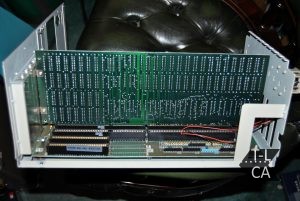 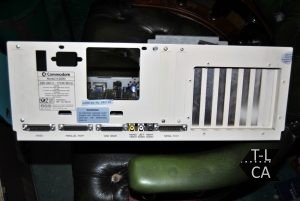 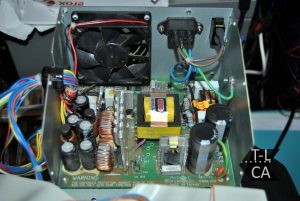 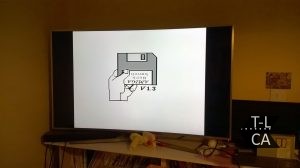