American Basic Science Club Inc. Analog Computer is a very basic machine designed to teach users how to use electronics in a basic form to preform complicated mathematics.

“The problem is set up on the scales of two linear potentiometers and the answer is found by listening for the null point on the third potentiometer.”

Jim Kerr has written about his father who created American Basic Science Club on this website. It discribes how the various kits were “advertised in Boys Life, Popular Electronics, Popular Science, other magazines and various comic books”. Jima lso explains how his father ran the company form 1957 until the early 80’s when people became much less interested in building things – and we thought it was just the kids of today!

According to this website, Ira J Perlow “Original Author of Phoenix BIOSes & PC motherboard designer”, bought one of these Analog Computers at his first computer. 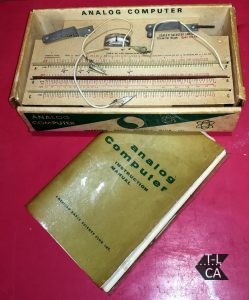 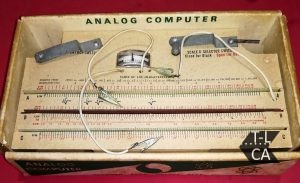 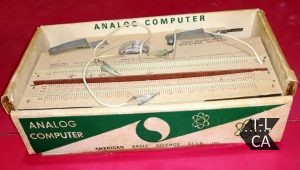 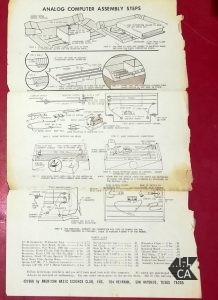 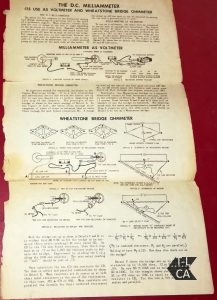