The Archimedes 410/1 was brought out in 1989 to replace the previous 410 model. It was one of the smallest desktop machines on the market, and reasonably priced.

The 410/1 came with 1Mb RAM as standard, with the Acorn Operating System RISC OS being held on 0.5Mb ROM, allowing more RAM to be used by applications. Ad additional 4Mb RAM could be added to the machine, with all memory locations accessible via the OS.

A 3 1/4″ 800kByte floppy drive was included with the computer. A hard drive controller was built-in, so the user could easily add a hard drive at a later date. Four expansion slots were available for upgrades.

IO Ports included a 2-Channel sound card, Serial Port and a Parallel Port. A Keyboard and Mouse port were also included. This 410/1 appears to have a SCSI card and hard drive. There also appears to be the original CPU in a plastic bag, suggesting that the CPU has been upgraded. 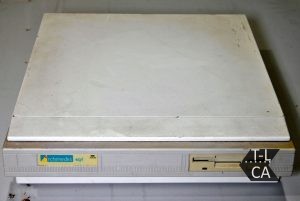 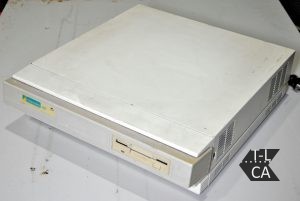 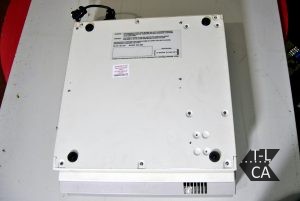 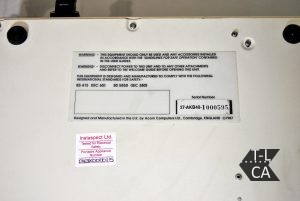 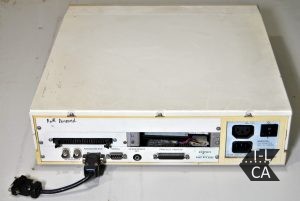 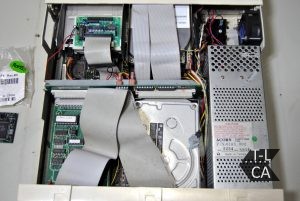 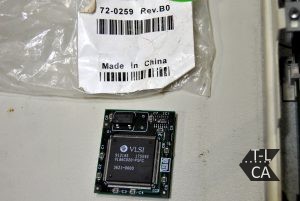 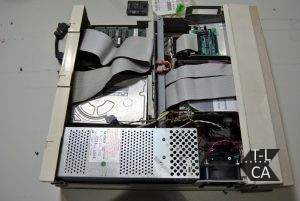